The three are designed to be objects of horror and beauty. I don’t have the gut reaction of most to the display of teratological specimens, and in fact find them quite fascinating and beautiful in their own right. For what they represent: development gone awry, and for what they are: little monsters. I wanted to capture my own feeling of awe and beauty by translating the experience into art, and presenting the specimens not as horrific things, but as unique and beautiful as jewels. I named them to give them identity, and I colored them to give them associated value beyond their media.

Ideally, I display them suspended in appropriately sized mason jars with each other. 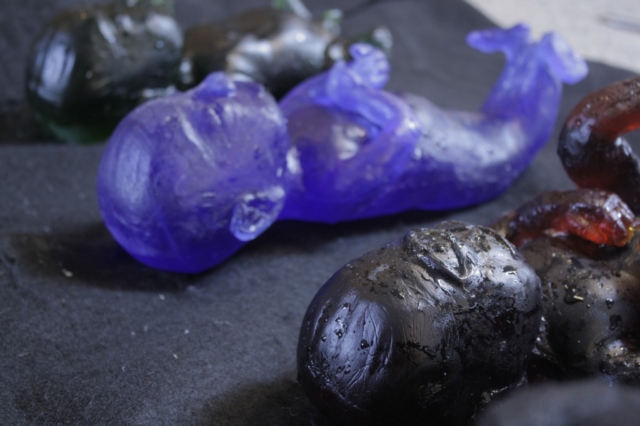 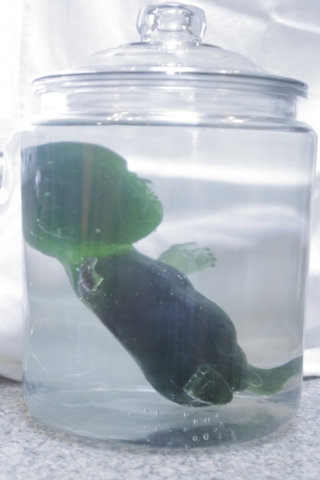 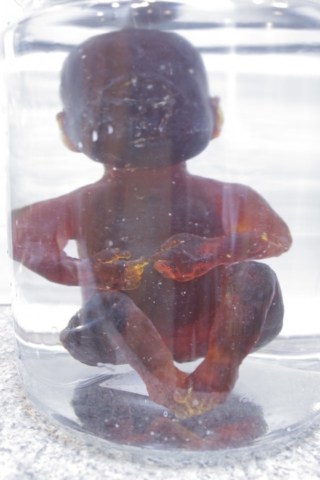 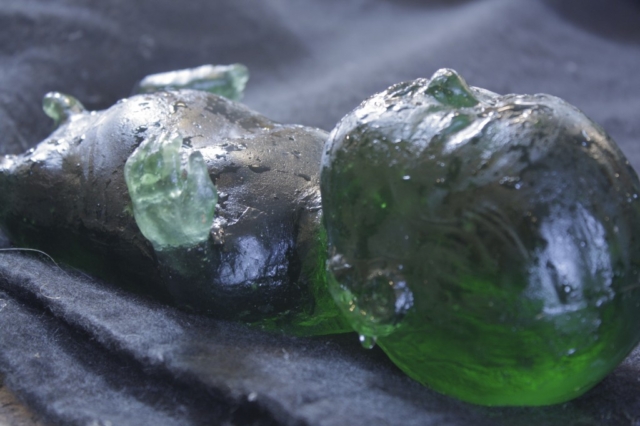 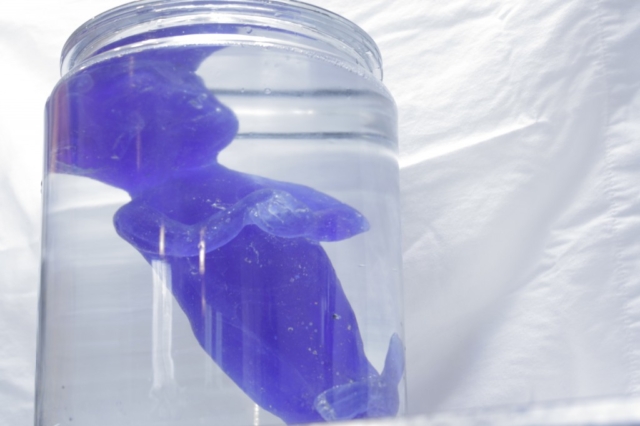 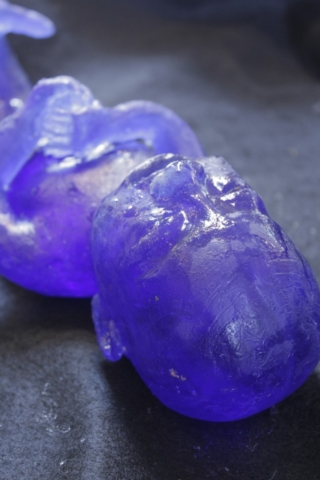 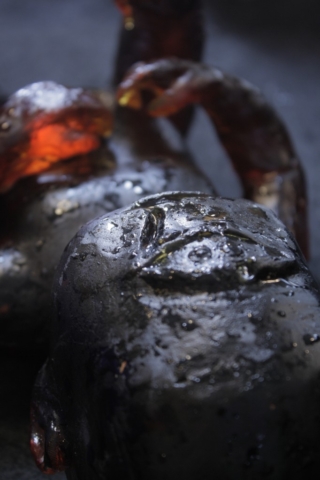